Since 2001, electronic security technology has evolved from an exotic possibility into an essential safety consideration. Technological improvements are coming onto the market almost daily, and keeping up with the latest innovation is a full time job. At a minimum, a basic understanding of these devices has become a prerequisite for well-informed school security planning. Before resorting to high-tech security solutions, school officials should think carefully about the potential for unintended consequences. Some security technologies raise political and philosophical concerns. Still, technology, used correctly, can be highly functional and cost effective. Its pros and cons must be weighed carefully within the context of local sensibilities and conditions.

It's best not to start by choosing a technology and looking for the problems it can solve. The process should be the reverse: Identify and prioritize the problems before jumping to solutions, and analyze solutions carefully before committing funding. It's not uncommon for districts to invest in a particular technology district-wide before analyzing and priority-ranking the real concerns of the individual schools.

Every school should be capable of quick lockdowns and evacuations, but the security details beyond that can vary considerably. Some schools are in rough neighborhoods where violence is part of the culture, others are not. Just partially improving security technology can prove to be a wasted investment. Secure front doors are of little value if back entries remain uncontrolled. Metal detectors and ID cards won't stop bullying behavior, nor will security cameras stop suicidal or violently impulsive offenders.

On the other hand, comprehensive access control systems can greatly minimize risk and improve emergency responses. Effective video surveillance will mitigate risks by providing physical evidence which can then used to apprehend offenders prone to further violation. Proactive visitor management systems not only monitor known risks, but also minimize interest in the minds of potential predators.

If windows and doors are left unsecured and unsupervised, the choice of access control device is of no consequence. But once a school has committed to controlling access, decisions have to be made about which technologies to use.

The first consideration to be made is about door locks and latches. Most doors lock with a spring latch, dead latch, or deadbolt extending from the door into a strike plate on the door jamb. Spring latches are fine for holding a door shut against the wind, but are relatively easy to defeat by prying and in some cases by sliding a credit card through the gap between door and jam. Dead latches offer more security, but the bolts are still relatively short and tapered. Deadbolts are the most effective, squared off rather than tapered, and extending about an inch beyond the edge of the door when thrown. However, fire codes dictate where specific types of deadbolts can or cannot be used. Designated exit doors cannot be deadbolt-locked when areas are occupied. Any of these devices can be controlled manually or electronically.

In smaller school districts, a manual lock-and-key system is still the best option because if it works, don't fix it. However, many larger school districts readily admit that dozens of keys or more are floating around, lost, stolen or unaccounted for. If many keys have to be accounted for, checked out, and tracked, this can spiral out of control. Indicators that conventional keys and locks are no longer adequate include the following: burglaries or vandalism in which locked rooms were accessed and in which there were no signs of forced entry; lost keys or a history of distributing keys that were not stamped "do not duplicate"; lockdown plans which are heavily dependent on the extensive use of keys. If the keys are carried by only some staff members, or if the act of locking the doors would put teachers in the line of fire, or if teachers are likely to be physiologically stressed during the crisis, then an alternative plan should be considered.

If any of the above are concerns, consider door hardware that automatically locks, classroom doors that can be pulled shut to lock without inserting a key, electronic entry-control devices such as programmed wireless fobs or proximity cards, or hard-wired control switches for instantaneous lockdowns. Some campuses are considering remote lockdown abilities from central consoles at strategic locations on- or off-site. In some cases, doors may be normally left unlocked during working hours but should be easily secured during a lockdown. A lockdown button in the office or on the principal's smart mobile device is invaluable for this purpose, empowering them to instantly secure the school against an approaching threat. Electronic controls can be integrated into almost any type of door, including hinged and sliding models, turnstiles, or revolving doors. If opting for this approach, it's usually far more economical to build in the devices during initial construction.

Electro-mechanical access controlled doors will comprise four devices: an electrified lock and/or strike, a door position sensor, a request to exit device, and a card reader (and/or keypad.) These door parts may discrete or housed in an all in one set. These devices are cabled to (or wirelessly connected to) a control panel, which usually controls other doors as well. Those panels are then wired (either using coax cable or unshielded twisted pair data cable) to a master controlling device, usually an in-house server or web based client (although web based control appliances are now becoming an option.) These controllers and servers may be based on either closed, proprietary hardware/software or based on open architectural industry standards.

If installation is integrated into the initial construction, it's likely to be more affordable than a retrofit, but in either case is considerably more than the cost of conventional lock hardware. Electronic key cards can be cancelled instantly with a few key strokes, telling the system to reject the card if it is presented, and can even send an alert to tell a supervisor that someone has attempted to gain entry using the cancelled card—a far more efficient option than changing all the locks, or pleading with a fired employee to return a key. If installing electronic door controls, consider installing data cabling at the same time, so that if you choose to install cameras at some point in the future, the wiring is already in place. Someone has to install and run the software, updating information whenever a new card is issued or an old card is cancelled. At the front end, this includes creating cards for all users with some sort of credentialing station. Also keep in mind that some department has to be responsible for replacing lost cards and issuing new ones.

Electronic controls are not needed at every door but can be used selectively (especially to keep costs down.) If a facility's outer doors are secured electronically, internal areas might be adequately secured with conventional locks. Electronic locks may be worth considering for doors to higher security areas as well, or for areas that a school would prefer not to have to supervise. For example, if the parking on the west side of the building is for staff only, the west side door can be unsupervised, allowing entry only to those who carry access cards. Cards can be issued to temporary workers or contractors, programmed to open only certain doors during specified days and hours. Schools have no need to worry about losing keys, since the cards expire when the job is completed. Cards can serve multiple functions, acting as debit, library, attendance, or identification cards as well. Or cards may a non-technology card used as a simple photo ID.

The most glaring weakness in electronic access control is the ease with which intruders can slip in close behind legitimate users. Often this is with a gesture of courtesy from the first student, who holds the door for someone behind him, or when the first student is too intimidated to confront the person who tailgates on his or her entry. If this is commonplace at your school, access control measures may be illusory, providing a false, and counterproductive, sense of security, although they may at least reinforce territoriality. To address this problem, the issue is not primarily what type of access device is used, but what response measures are in place. Options might include: integrated video surveillance analytics or on-site/virtual security personnel. And many access security measures will fail if staff doesn't cooperate.

In most public schools, visitors don't receive access control cards, but they do receive visitors' badges to make them easily spotted while on campus, and, more to the point, to make people who are not wearing badges more noticeable. Schools use widely varied levels of screening before issuing badges. In some cases visitors can walk in and pick up stickers without having to clear any kind of screening – a self-serve operation that has minimal value but is fairly commonplace. (One inspector reports that he often has signed into schools as ―Charles Manson, without being questioned.) In other cases visitors are obliged to introduce themselves and present ID. More extensive systems may check fingerprints, sex offender registries, or school-maintained data bases. Rarely is there an effective process in place to retrieve visitors' badges after visits, or to oblige visitors to check out. Because of the wide variety of options, schools should carefully consider what they want to accomplish with visitor badging before investing in a product.

Two types of head end access control systems are common, which go to market on either an open or proprietary hardware platform with architecture as shown below (click on the image to enlarge it): 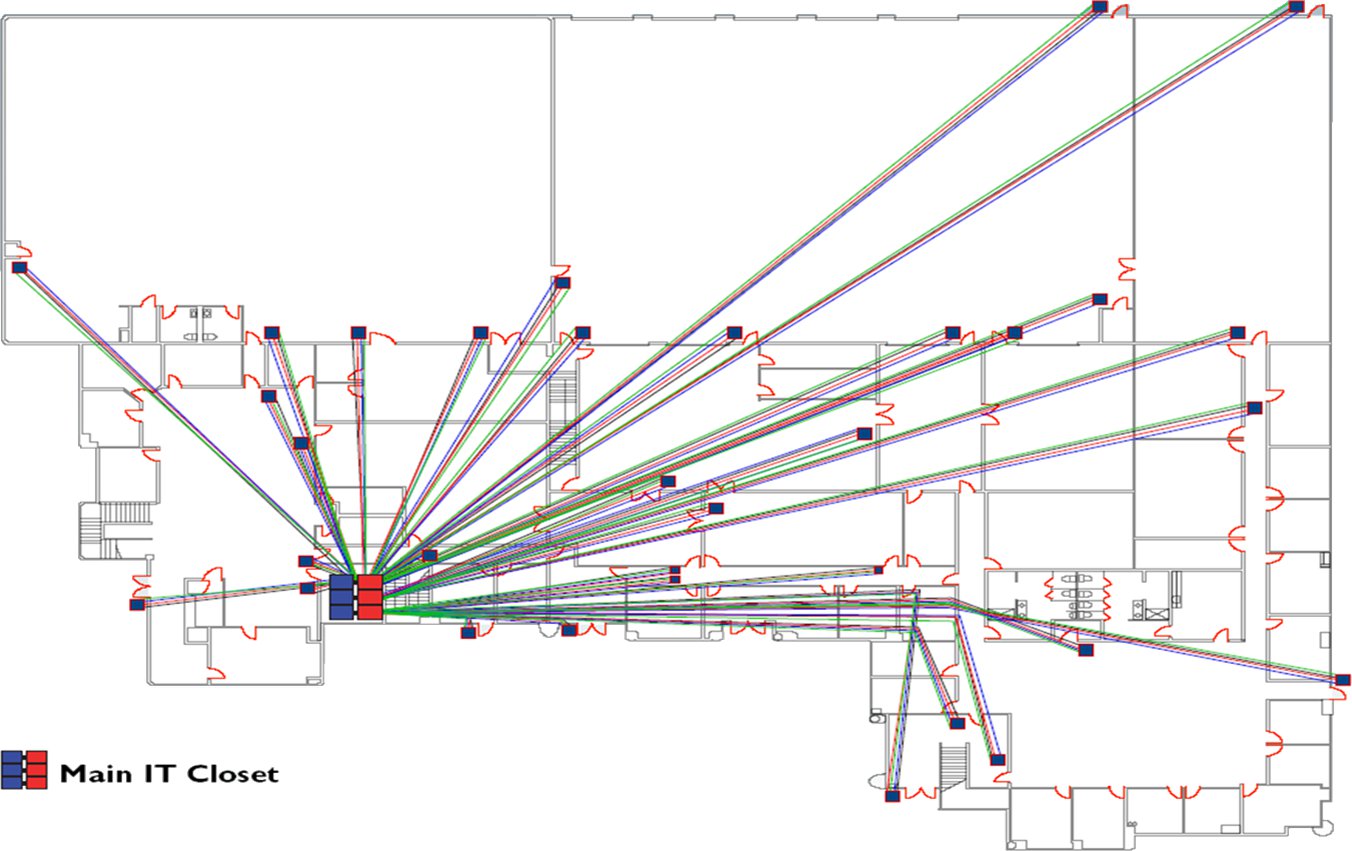 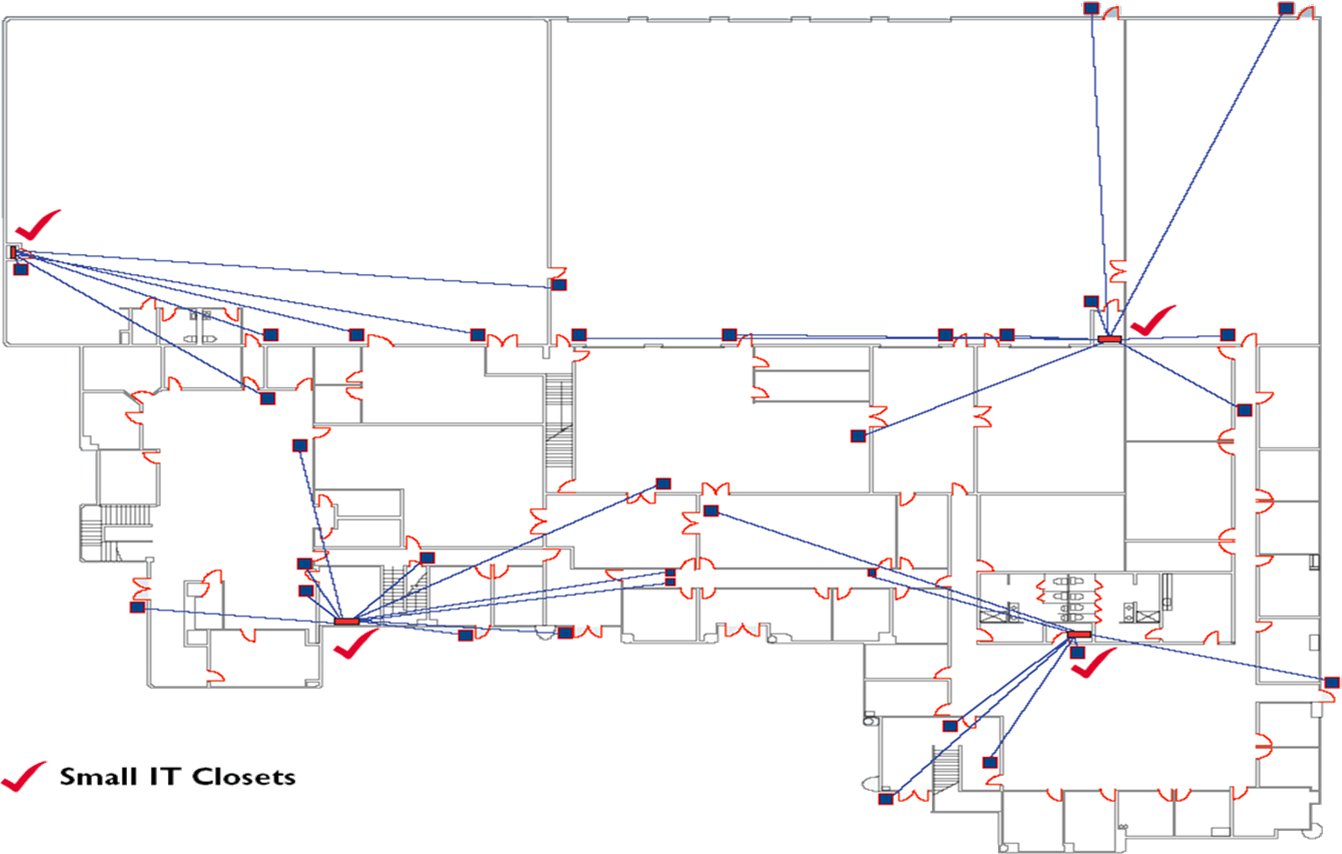 If video is part of the campus security solution, then a physical security information management system should be chosen which will integrate access control and video surveillance into one graphical user interface.

Before investing in security technology consider solutions based on existing policies and procedures. Fully involve your IP manager and a convergence expert from day one. Identify calibrated risks and prioritize those you want to minimize and mitigate. Each of these requires very different solutions, only some of which involve high technology.

Beware of mission drift over the course of a multi-year deployment. Always go back to your originally identified problem and ask yourself "Do the solutions we chose match the problems we wanted to address?" If technology is part of your planned solution, emphasize quality and performance more than low bids. Inexpensive cameras and recorders generally produce less useful images. Inexperienced installers are more likely to make mistakes or go out of business. Include back-up batteries, or other secondary power sources (without them your system may fail just when you need it the most.) Do your homework. Research makes and models of equipment and seek out first-hand reports on their effectiveness.

Most schools have moved into high-tech security solutions; seek these out and take advantage of their lessons learned. Nobody is in a better position to counsel schools about what works and what doesn't.

The more specific your request for proposals, the better. Allowing vendors to use an equivalent device rather than the one you have identified may result in a lower bid using a substandard ​device that doesn't hold up. Remember that insurers and reinsurers will offer credits and discounts for effective security which minimize losses. Finally, remember that security technology cannot solve all school security problems. Integrating technological solutions into broader prevention and intervention measures is a must.

Genetec has just released Security Center 5.3 SR2. It is redefining the landscape of unified securit

The One Security Blog You Need to Check Out